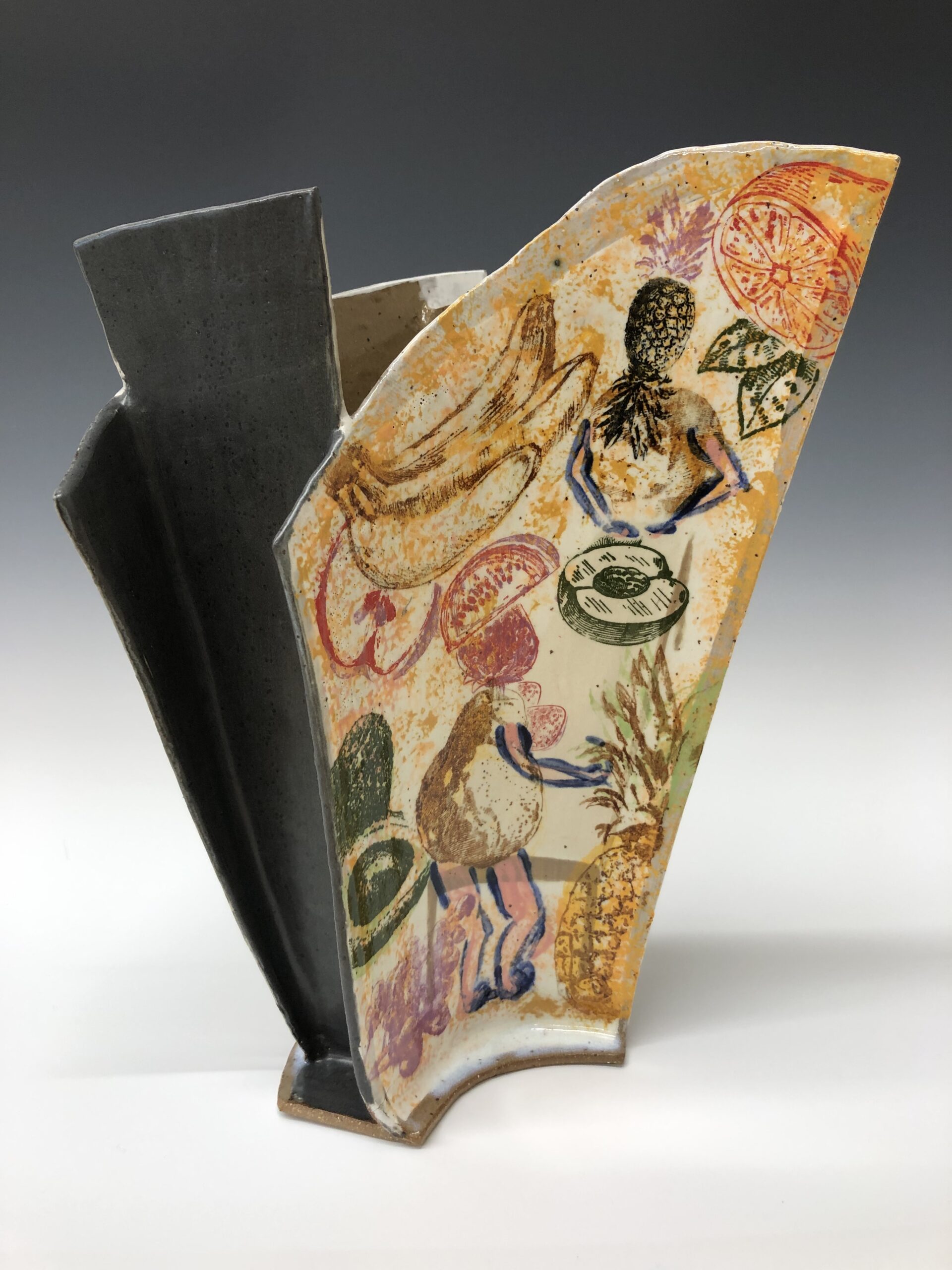 Anne Scott Plummer is a ceramic artist who works at Island City Clayspace, a storefront in downtown Winona, where she creates a pop-up gallery for special events such as the BCSAT. She uses several different clay bodies for her functional cone 6 pottery and one-of-a-kind vessels. Her sculptural work is inspired by the human figure and other forms from nature. In 2018 Plummer retired from a career of teaching ceramics and sculpture at Winona State University, where she was a tenured professor and served as Gallery Director and Art & Design Department Chairperson. She earned her BFA at the Rhode Island School of Design and her MFA at Claremont Graduate University in southern California, where she studied with renowned raku artist Paul Soldner. Plummer maintained a studio in downtown Los Angeles for ten years before moving to Minnesota. Plummer has exhibited in numerous solo and group exhibitions, has been an Artist-in-Residence in several institutions, has won several grants and awards, and was commissioned by the City of Rochester, MN to design the Rochester Riverfront Mural, a 80-foot-long, cast-concrete in relief, public mural that is integrated with the floodwall on the banks of the Zumbro River.